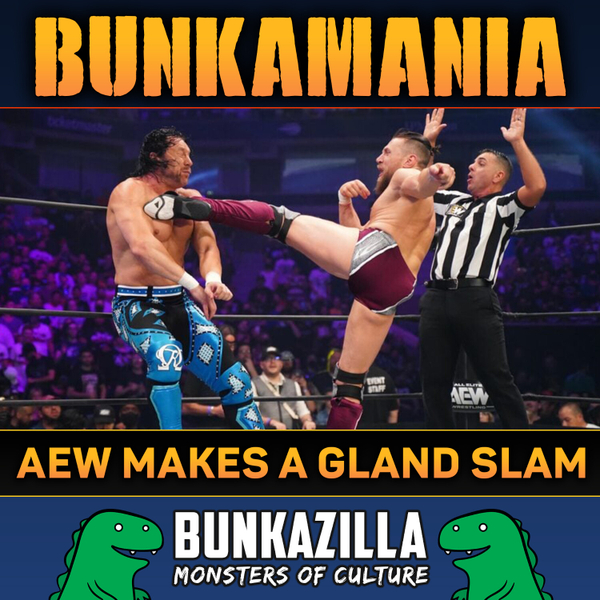 This live edition of BunkaMania was recorded on Wednesday 13th October 2021 on the Bunkazilla UK Twitch Channel.

Jeremy Graves and Iain Boulton return to cast their eyes back to a busy few weeks of wrestling for both AEW and WWE.

AEW held their biggest ever show at Arthur Ashe stadium for their Grand Slam Dynamite and Rampage events featuring a match of the year candidate from Bryan Danielson and Kenny Omega.

You can watch the video version of the episode here.