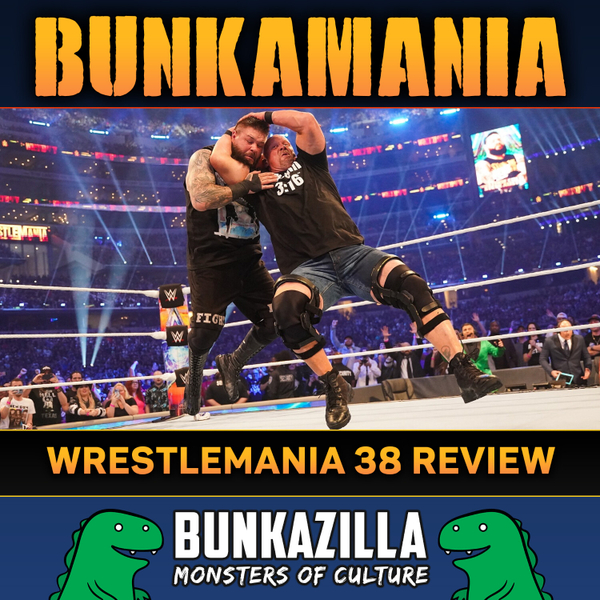 This episode was BunkaMania was recorded live on April 13th 2022 on the Bunkazilla UK Twitch Channel.

Jeremy Graves and The Dekker Dane (aka Iain Boulton) get all the stupendousness out of their systems as Wrestlemania 38 has come and gone in the blink of an eye. They share their thoughts on the big highlights of the two-night event where titles were unified, legends had one more battle, celebrities defied expectations and, of course, Cody Rhodes finally made his return to WWE.

With Wrestlemania 38 now a distant memory, what feuds and stories are unfolding in WWE? Jeremy tries to come to terms with more name changes and the mystery of the new arrival called Ezekiel.

There's also some time for a quick catch up on AEW activity as well as some of the other wrestling escapades around the world like NXT, Supercard of Honor, and a WWE Premium Live Event heading to the UK.