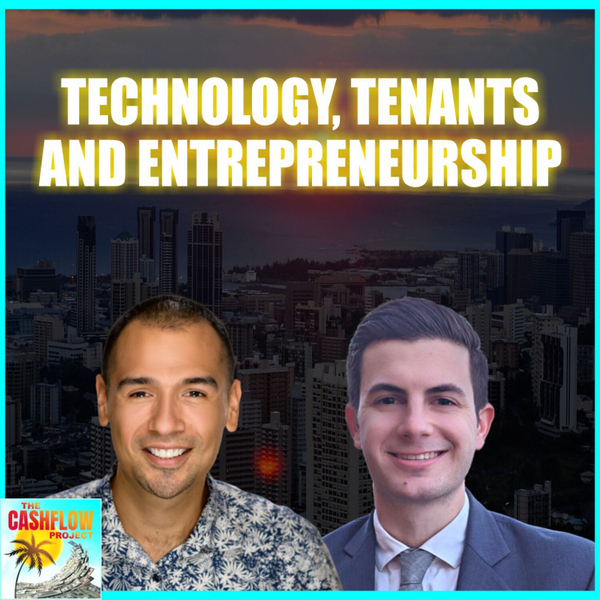 Join Steve Ferrios, as he chats with Ryan Barone, CEO, CTO, and Co-founder of the RentRedi App. Ryan talks about how he was able to easily find an apartment in New York but was not aware of how hard it is to keep one. From this point moving forward, Ryan figured that it was actually a very common issue for tenants in New York thus, RentRedi was born. It was primarily used to help him and his friends process the application for a new apartment until a landlord reached out to them, giving Ryan the initial piece of crucial expansion for the app’s services. More on the App and Ryan’s mindset on the Fire Round in this episode so be sure to stay tuned!

RentRedi was a solution to a common problem:

Ryan made the RentRedi app to make the application process for apartments easier for him and his friends. This was after he realized that having to look for a new place is a frequent occurrence in New York City. Not much longer, he had landlords trying to connect with him after they learned of the app he developed, and soon enough they now have operations within all the 50 states. Might be a stroke of perfect coincidence but the app he developed just to make apartment hunting easy now is a business that continuously grows, providing services for rent collection, maintenance, listings, lease signings, and many more functions.

Ryan’s app from the getgo was a product of constant feedback. It was only supposed to be used by him and his friends until a landlord asked to be involved as it was helpful for them as well. From then on they have continued to improve and broaden the lists of functions and services that the app provides from both landlords and tenants. A single point of problem that was shared by a small circle of people is now being solved by something that covers the US and is already receiving demand from European landlords for possible expansion of the app. Although this wouldn’t have been possible without Ryan’s constant effort, it would have been so much harder had he not been open to feedback.

It all started when CEO Ryan Barone lost out on a great apartment in New York City. A double major, top of his class, and with an internship on Wall Street - getting documents for rental applications shouldn’t have been a problem. But it was. And it wasn’t just an issue for him.

Speaking with friends, he found the application process for rentals was difficult for everyone, tenants and landlords. Gathering and storing documents and having them easily available for landlords was a problem - and RentRedi became the solution.

Ryan began developing the RentRedi mobile app. However, as he met with more landlords, the difficulties of the renting process became more obvious. It was clear many of the hurdles landlords encountered while managing their rentals could be streamlined with the use of technology for landlords.

What started as a mobile application app for tenants had developed into a sleek, comprehensive dashboard built for landlords by landlords. Now, RentRedi is an all-inclusive landlord-tenant app that helps landlords go mobile and manage rentals from wherever, whenever.

Outline of the episode:

●    [05:09] Finding the biggest problems and biggest solutions from both sides

This is for busy professionals who are looking for financial freedom through passive income, with a focus on cashflow assets in Multifamily Real Estate. We will be covering a variety of topics such as buying, managing, and selling real estate assets, specifically apartments.

To learn more about us, visit tricityequity.com