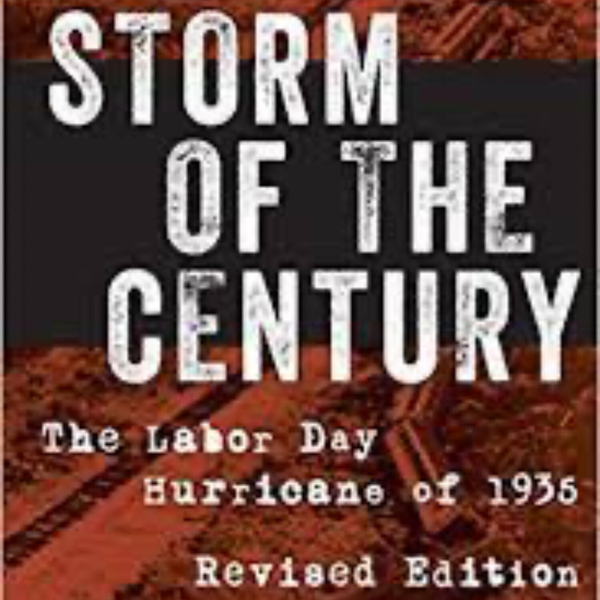 WILLIE DRYE, our resident hurricane expert, will join us to summarize the past hurricane season. Willie is also the author of several books, including, "Storm of the Century: The Labor Day Hurricane of 1935".

FROM HIS AMAZON PAGE:

"In 1934, hundreds of jobless World War I veterans were sent to the remote Florida Keys to build a highway from Miami to Key West. The Roosevelt Administration was making a genuine effort to help these down-and-out vets, many of whom suffered from what is known today as post-traumatic stress disorder. But the attempt to help them turned into a tragedy. The supervisors in charge of the veterans misunderstood the danger posed by hurricanes in the low-lying Florida Keys. In late August 1935, a small, stealthy tropical storm crossed the Bahamas, causing little damage. When it entered the Straits of Florida, however, it exploded into one of the most powerful hurricanes on record. But US Weather Bureau forecasters could only guess at its exact position, and their calculations were well off the mark.

The hurricane that struck the Upper Florida Keys on the evening of September 2, 1935 is still the most powerful hurricane to make landfall in the US. Supervisors waited too long to call for an evacuation train from Miami to move the vets out of harm’s way. The train was slammed by the storm surge soon after it reached Islamorada. Only the 160-ton locomotive was left upright on the tracks. About 400 veterans were left unprotected in flimsy work camps. Around 260 of them were killed. This is their story, with newly discovered photos and stories of some of the heroes of the Labor Day 1935 calamity."