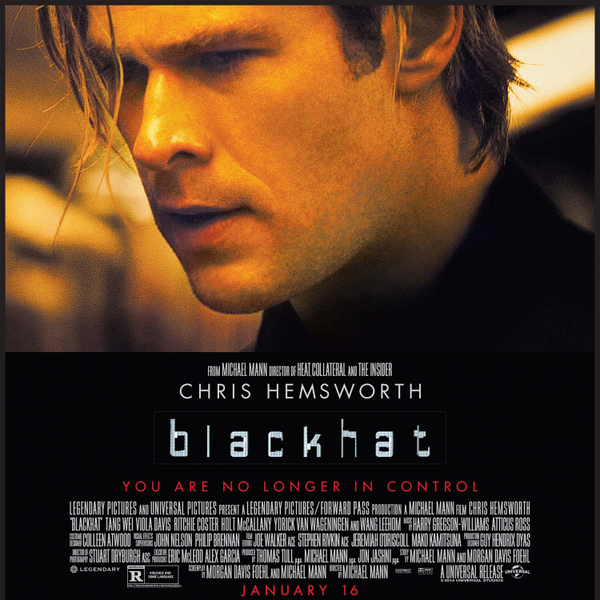 In a double-length season finale, Les and Hugh dive deep into one of Hugh's favourite filmmakers (and one Les finds himself coming back to again and again), Michael Mann, and his last theatrical feature, the hugely underrated BLACKHAT. First, however, Les talks about his article (now published) about Cinema Bastards, and modern fandom, with Hugh tying that in to tech issues that lead them into the film itself.