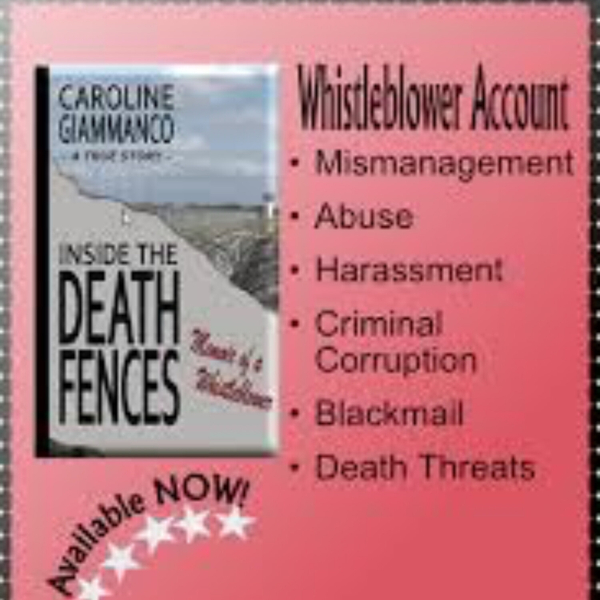 CAROLINE GIAMMANCO, an author from Missouri, joined us to discuss her latest release, "Inside the Death Fences: Memoir of a Whistleblower", a book about corruption that surrounds the inner workings of the prison system.

From Her Amazon Page:

Corruption doesn't happen by accident. It's groomed to exist. “You will have people tell you to beware of the inmates. They can be silver-tongued devils who will try to manipulate you—and some will try. I’m telling you right now, though, that you need to be just as worried about your coworkers as you are the inmates. There are plenty of employees who will do and say things to you that they shouldn’t. Sometimes the only way to tell the difference between the inmates and employees is by the color of their uniform.”

Officer Lonnie Duncan’s ominous warning proves all too true as Caroline Giammanco enters the seedy world of prison.Death threats, retaliation, and corruption become the backdrop of her life, when she spends two-and-a-half years working within the dark underbelly of a maximum-security men’s prison. The dangers lurking inside the death fences—the term used for the electrified fences surrounding the compound—force her to embark on a journey from naïve school teacher to whistleblower and political activist, after she finds the most dangerous threats come from those we count on to protect us.