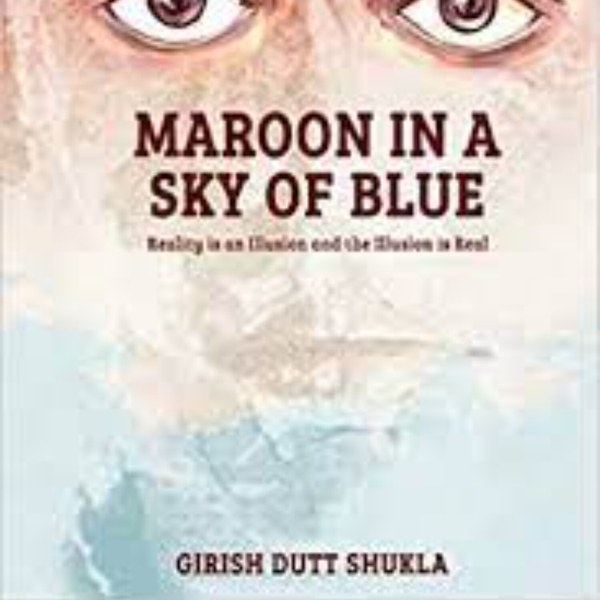 GIRISH SHUKLA, a former computer engineer and now an author from India, will join us to discuss his debit novel, "Maroon in a Sky of Blue", as well as his continued and future writing plans.

"Girish Dutt Shukla is a computer engineer by education and a freelance digital marketer by profession. Before pursuing his passion for writing, he worked as a software engineer in Gurugram for two years. In June 2015, he left the job and started working as a copywriter and a social media strategist in a digital marketing agency in Delhi. In his six-year stint as a marketing professional, he has helped both established brands and startups to grow digitally with his writing skills, strategy, and marketing acumen.

Girish regularly writes for a variety of websites and newspapers promoting psychology and mental health, including but not limited to The Pioneer, The Daily Guardian, SelfGrowth, SpeechBlubs, Elephant Journal, ThoughtCatalog, Theravive, BestLifeOnline, and HumanWindow. He has a proclivity for perceiving psyche and behaviour and hopes to study the subject further in the future.

Maroon In A Sky Of Blue was his debut novel published in October 2020. The book has garnered an average rating of 4.5 with over 100 reviews. It has been featured on The New Indian Express, Dainik Bhaskar, IANS, Absolute News, Telangana Today, India Blooms, and other major news portals."