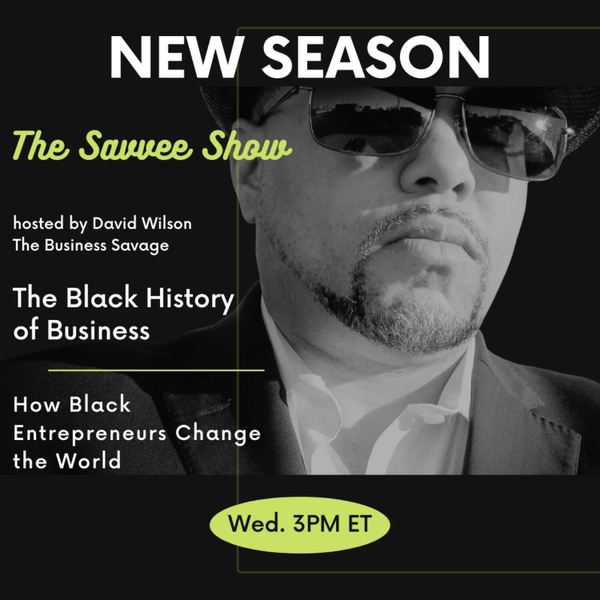 A Black Man invented the microphone we use every day.

Every podcaster and radio jock in the world has this man to thank for the transmission of their voices to the masses. As a kid, James Maceo West was intrigued by electronics; so much so that he chose to study physics in university. In 1960, after landing a gig at Bell Labs (now Nokia Bell Labs), he invented the foil electret microphone, which was more compact, sensitive, and powerful than anything of its time. It is widely used in many applications today!

Listen to David LIVE on the IBGR Business Growth Radio App for Android and iOS. Download from Google Play and in the Apple App Store.

Welcome to the No Nonsense Market Domination Radio Show hosted by David Wilson AKA The Business Savage.

My goal each week is to tackle business challenges HEAD ON with real-life examples and laugh-out-loud stories that lead to THE IMMEDIATE ACTION STEPS you can take TODAY to begin to DOMINATE your market!

If you want an entertaining and informative big-picture view of business growth and strategy to include sales, marketing, networking, and business mindset solutions, then this is the show for you! Join The Sav to DOMINATE YOUR MARKET so we can Change the World...one business at a time!