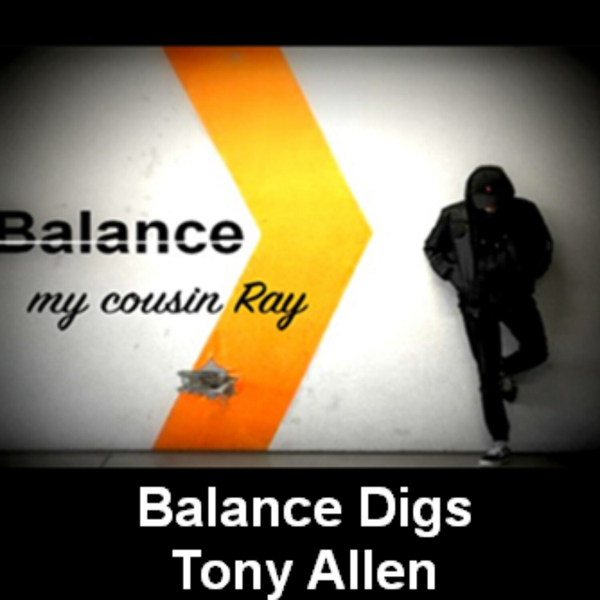 Tony Oladipo Allen (20 July 1940 – 30 April 2020) was a Nigerian drummer, composer, and songwriter who lived and worked in Paris, France towards the end of his life.

Tony Allen was the drummer and musical director of Fela Kuti's band Africa '70 from 1968 to 1979 and was one of the founders of the Afrobeat genre. Fela once stated that "without Tony Allen, there would be no Afrobeat".

Around 1972/73 I went to a pub (Bar) in Peckham SE London and the DJ was my friend's cousin who was playing Blue-beat/Ska/African Salsa/Highlife - I was there – head spinning and heart pounding with the sounds I love – Then I hear my very first Fela Kuti, Tony Allen and Ginger Baker `music ‘’Why Black Man Dey Suffer’’ with

That was it, instantly hooked with Afrobeat and have been ever since – many years later I had the good fortune to meet Tony Allen one of my music idols – we spoke for several hours about music, life and the things we love.

The Conception of Afrobeat was the Album Fela Fela Fela recorded in 1969 in the USA, having recently been schooled in the American black power movement and having taken on a new Pan-African world-view, this album served as one of Fela’s first musical soapboxes on which he challenged the colonial injustices and corruption of the ruling elites of his time.

Fela’s second two-track album was really the Birth of Afrobeat, the album ‘’Black Man Dey Suffer’’, recorded in 1971, was originally deemed too controversial for release by EMI, his label at the time.

The album is a history lesson on the oppression of the African man. It details the litany of abuses the black man has suffered — from being taken as slaves, to having an alien people impose a new culture upon them, take their land, fight them, and set them against one another.

The following track, “Ikoyi Mentality”, firmly expresses Fela’s identification with the downtrodden masses and his rejection of the ways of the ruling class inhabitants of the Ikoyi neighbourhood in Lagos.

Another major development of Afrobeat that is often overlooked was the input from Ginger Baker (ex Cream/Blind Faith drummer), Ginger Baker met Fela in London and there they became friends, several years later after the disbanding of Cream and Blind Faith, Ginger Baker travelled to Africa and eventually arrived in Nigeria in 1970 and he met Fela again - this led to meeting Tony Allen who was Fela's drummer/bandleader and they soon formed a lifelong friendship.