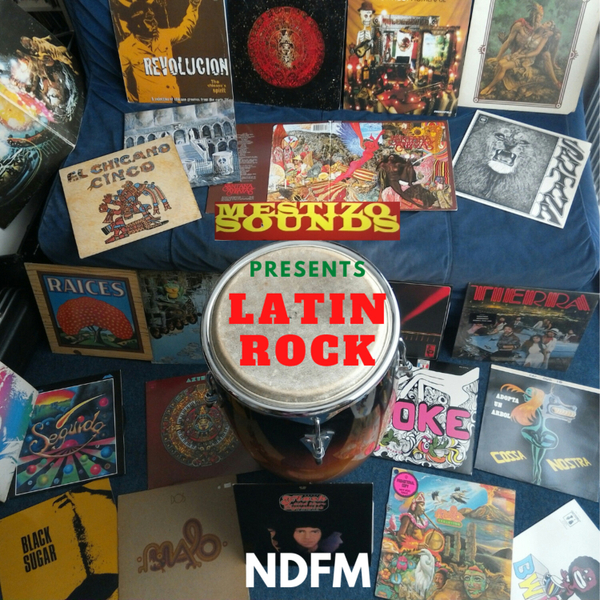 This is the music born of the love affair of the electric guitar blues and the Afro Cuban Rhythms played with the Congas adding sex, dance and excitement to Rock music.

In the early sixties the Mission district (San Francisco), where a young Mexican teenager and future rock star, Carlos Santana, grew up, kids gathered in the park to play music. It came naturally to play the new music of rock & roll with the conga players who added the Afro Cuban beat.

At home his parents' music of Cuban rhumba, mariachis and rancheras was integrated with the music he listened to on their radio favourites programmes of Blues, Rock & Roll, Motown & Stax music and the Rock music coming from England with the Beatles, Kinks, Stones and later on with Jimi Hendrix, Sly & the Family Stone and the San Francisco own home-grown psychedelic music scene of Grateful Dead and Jefferson Airplane. Put them all together, mix them well in the perfect doses and new music is born.

One of the first hybrids of Rock was called Latin Rock. In the uptown of NY, Latin music had already been mixed with Soul music and Rock & Roll in the creation of the Boogaloo.

The new Latin Rock was a more bluesy version of Latin music and also more guitar leaning than the Boogaloo, which is more close to the Soul music. Soon the Boogaloo and Latin Rock became a music mixing all their elements as more complex percussion units were mixed with Rock guitar and Soul.

When you hear Sympathy for the Devil by the Rolling Stones or watch Soul Sacrifice by Santana at the Woodstock festival you know this more percussive music is exciting and made for dance.

It is when Rock recovers its Roll as Joe Big Turner would sing 'Shake, rattle and roll.' The playlist of this show includes influential music that preceded this genre and some of the most vibrant Latin Rock pieces. Latin Rock was an important musical genre to invigorate the status and cultural heritage of the Spanish-speaker communities in the US (Mexican, Puerto Ricans, Cubans or Dominicans)