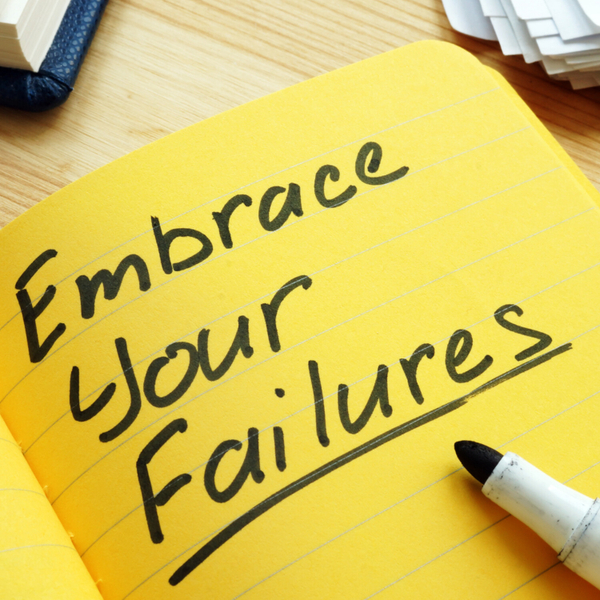 Great Leaders Embrace Failure – You Should Too

If you hate failing, that's a good thing. It means you're driven. People that aren't fazed by failure or loss don't expect much of themselves. You're different. You're like most folks because failure is frustrating to you.

You can begin to question yourself when you get something wrong. Likewise, you wonder if you're capable of achieving what's important to you. Even small failures can lead to an "I quit" attitude. Have several small setbacks in a row, and you might feel like giving up on making an effort at all.

That's not what great leaders do. They embrace failure.

That's definitely the case for a man who was defeated in a run for the state legislature. He failed in business several times. Shortly after one such failure, the love of his life died. This led to a nervous breakdown the following year.

He was rejected as a land officer and then defeated in his attempt to become a US Senator. A couple of years later, defeat would once again come calling, as he lost the nomination of Vice President for his party in 1858.

His Failures Were So Legendary They Were Given a Name

You could easily forgive such a man if he gave up. That's a staggering list of failures. It would be easy to believe the world was just against you if there had been your experiences.

The man's lack of success was so legendary it was given its own name ... "Lincoln's Failures."

We're talking, of course, about the 16th President of the United States of America. Abraham Lincoln recovered from those staggering failures, only to be faced with a Civil War and a political struggle that saw many in his own party turn their backs on him.

Yet, he continued to do what he had done so many times in his past; he refused to give up.

He would eventually go on to help end slavery in America. This allowed African-Americans to finally enjoy the civil and social freedoms they had been denied. Many historians that talk about such things count Abraham Lincoln as one of the highest-achieving presidents in US history.

Failure Can Defeat You, or It Can Teach You

Prodigious inventor Thomas Edison failed more than 1,000 times before he successfully invented the incandescent light bulb. He's famous for saying he didn't regard lack of success as a failure. He simply learned 1,000 different ways that wouldn't work.

Abraham Lincoln no doubt had the same approach. His perseverance in reaching the highest leadership role in the United States was partly responsible for his eventual attainment of that title.

He also learned from his failures. He embraced them as teachers instead of despising them for creating so much hardship in his life.

Successful leaders don't give up. They persevere in the face of failure. They also learn from their failures and embrace them as teachers instead of declarations of who they are.

A failure is just an event, nothing more. It's up to you whether you learn from it and move forward with better information, or bow down to your failure and give up.