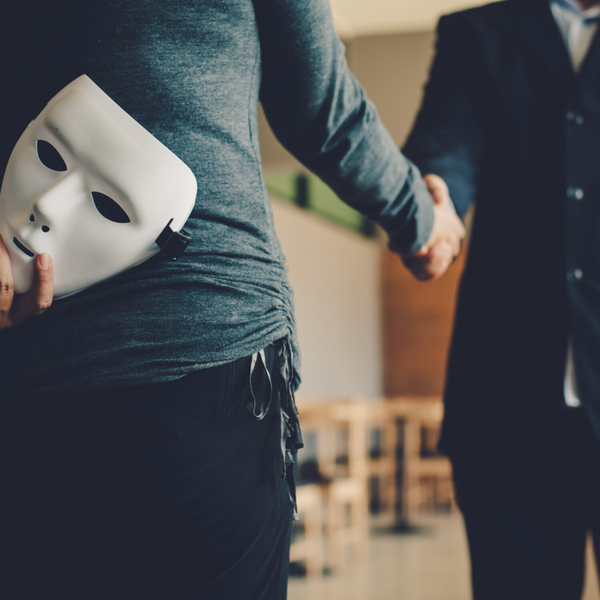 Fake it Until You Make It

Fake it 'Til You Make It

Right now, I want to talk about the notion of faking it 'til you make it, which is kind of a common term if you read a lot of self-improvement books.

Which can work when used properly, but I think it's misunderstood. A lot of people think fake it 'til you make it means you pretend you're successful when you're not.

You borrow a bunch of money to buy a fancy car or suit or watch, to give other people the impression that you're successful at sales, but meanwhile you never actually learn how to sell anything.

That's not really good implementation of fake it until you make it. You're probably just going to go broke.

A better implementation of fake it 'til you make it would be you take on a new job and that job requires that you deliver presentations, that you're a trainer, and you speak in front of people, and you hate doing it. You're scared. You're terrified. You don't want to get in front of that crowd because it's a scary thought. You're not used to doing it

But you have to do it because it's part of your new job.

Well, you don't have to let your audience know that you're terrified, that on the inside you feel these anxieties and these fears. You can fake it. You can fake confidence. You can act as though you're confident, you're well-prepared, that you're ready to tackle the world. That you love doing it.

You can act that way. You can appear to the outside world that you love what you're doing. On the inside, they don't really know what's going on. You can hide the fact that you might be feeling a little nervous right now, or maybe even worse than that.

This is an example of fake it 'til you make it, where it actually works.

The thing is if you act that way long enough, and I've actually done this because I used to be a speaker and a trainer who was very, very nervous, and I tried this, and it worked flawlessly.

I started walking into my training rooms, acting like I owned the place. Behaving like I was totally confident. Meanwhile, on the inside, I was really almost falling apart with nerves.

But I would crack jokes, I'd have a smile on my face, I would hold my head high, I would practice the body language of somebody who was confident.

Before I knew it, I would do this for maybe just a couple of days, and by the end of that little exercise, I was feeling massive levels of confidence. The level of nerves and anxiety that I had experienced had drastically been reduced.

This is an example of faking it until you make it that actually works, that actually causes change, and that's a little more truthful when you think about it.

If you start flashing cash and showing that you drive an expensive car when really you haven't earned any of those things, that's really going to hurt you in the long run.

When you fake your confidence, when you fake a way of being, a personality, if that's not your true personality, but you want to be like that, faking it until you make it a reality is actually the way to do it.

From a personality perspective, faking it 'til you make it is perfect. Just use it within the right context.