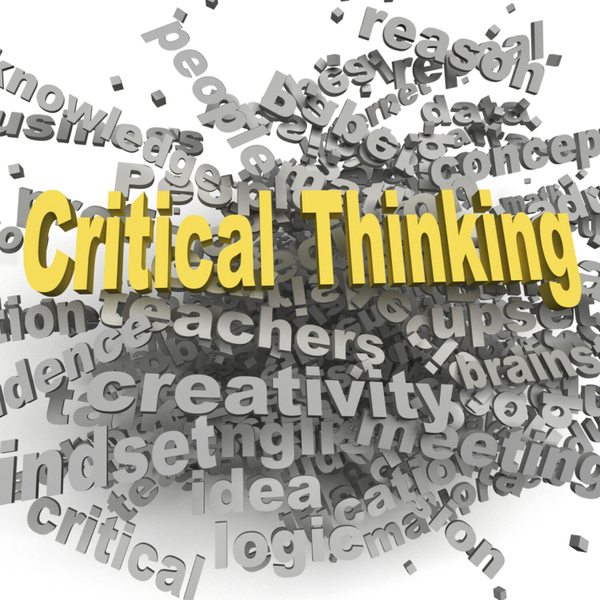 Critical thinking is essential to using your overall experience, background, common sense and other attributes to become more aware of how your efforts for success are being spent. When you have barriers to the critical thinking process, it can seriously harm your ability to move forward.

When you’re aware of these barriers, you can better overcome them and focus your thinking on what’s going to move you forward, rather than getting stuck behind a barrier – unable to move forward.

Here are five barriers that can impede the critical thinking process:

1.   Thinking in Black or White – Some people ignore a situation’s complexities by thinking that there’s only one way to solve a problem. The problem is placed in a category, given a label, and that’s the only way that matters. Thinking in black and white comes from our need to have certainty in our lives, but it’s false logic to assume that everything is totally one way.

2.   Thinking with the Ego – Ego-centrical thinking is thinking with a lack of understanding others wants and needs. It limits your thinking to only your point of view and doesn’t have room for others’ ideas. This thinking process is deeply embedded in our psyches, and it sometimes takes deliberate effort to overcome it.

3.   Social Thinking – The drone mentality of social thinking only lets us see things in the way of the popular point of view – or the way that our spouse, companions, parents and friends think. Thinking outside the box is almost impossible when you have a barrier of social thinking, and it can greatly impede the critical thinking process.

4.   Authoritative Thinking – Just because someone in authority says it’s true doesn’t mean it is. You’ve likely been swayed at one time or another by political leaders who say one thing is true, only to find out later that it was a lie or a misleading way of thinking.

The authority could be a person, peer group, institution or anything that makes you think that they’re right because they’re in an authoritative position.

5.   Judgmental thinking – When you judge something or someone based on moral evaluation it’s usually done in haste and based on our past in some way – such as the way we were raised, educated or other values and mores. Judgmental thinking is usually non-rational thinking and can block understanding and insight about a person or an issue.

It’s important that we recognize our own barriers to the critical thinking process and replace those barriers with rational and reasoned thinking, and then make a concentrated effort to avoid them.