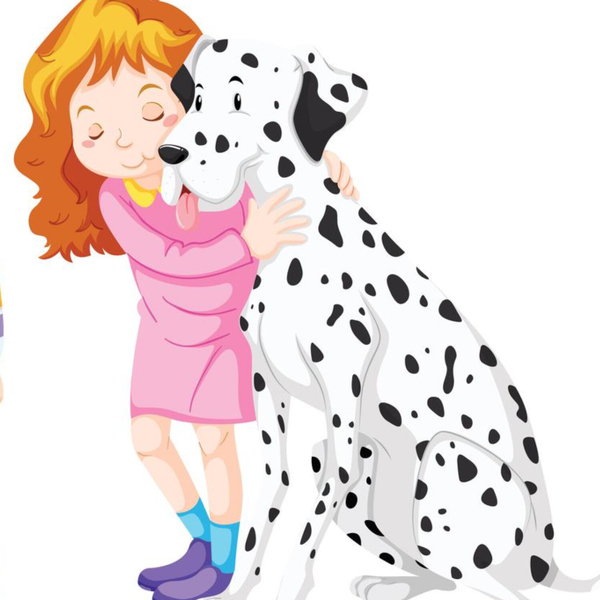 The death of a family pet can trigger a sense of grief in children that is profound and prolonged, and can potentially lead to subsequent mental health issues,

according to a new study by researchers at Massachusetts General Hospital (MGH). The team found that the strong emotional attachment of youngsters to pets might result in measurable psychological distress that can serve as an indicator of depression in children and adolescents for as long as three years or more after the loss of a beloved pet.

"One of the first major losses a child will encounter is likely to be the death of a pet, and the impact can be traumatic, especially when that pet feels like a member of the family," the experience of pet death is often associated with elevated mental health symptoms in children, and that parents and physicians need to recognize and take those symptoms seriously, not simply brush them off."

Roughly half of the households in developed countries own at least one pet. And the bonds that children form with pets can resemble secure human relationships in terms of providing affection, protection and reassurance. What's more, previous studies have shown that children often turn to pets for comfort and to voice their fears and emotional experiences. While the increased empathy, self-esteem and social competence that often flow from this interaction are beneficial, the downside is children's exposure to the death of a pet which, is, 63 per cent of children with pets during their first seven years of life.

Prior research has focused on the attachment of adults to pets and the consequences of an animal's death. The Massachusetts team is the first to examine mental health responses in children. Their analysis is based on 6,260 children from the Avon Longitudinal Study of Parents and Children (ALSPAC), in Bristol, England. This population-based sample is replete with data collected from mothers and children that enabled researchers to track the experience of pet ownership and pet loss from a child's early age up to eight years.

"Thanks to this cohort, we were able to analyse the mental and emotional health of children after examining their experiences with pet death over an extended period," notes Erin Dunn, ScD, MPH, with the MGH Center for Genomic Medicine and Department of Psychiatry, and senior author of the study. "And we observed that the association between exposure to a pet's death and psychopathology symptoms in childhood occurred regardless of the child's socioeconomic status or hardships they had already endured in their young lives."

Researchers also learned that the relationship between pet death and increased psychopathology was more pronounced in male than female children -- a finding that surprised them in light of prior research -- and that the strength of the association was independent of when the pet's death occurred during childhood, and how many times or how recently it occurred. According to Dunn, this latter finding speaks to "the durability of the bond with pets that is formed at a very early age, and how it can affect children across their development."

The MGH study stressed the importance of parents, caregivers, and paediatricians recognizing and taking seriously children's short- and long-term psychological reactions to the death of a pet – reactions that can mimic a child's response to the loss of other significant family members. "Adults need to pay attention to whether those feelings are deeper and more profound and if they're lasting longer than might have been expected," says Crawford. "They could be signs of complicated grief, and having someone to talk to sympathetically or therapeutically may be extremely helpful for a child who is grieving."