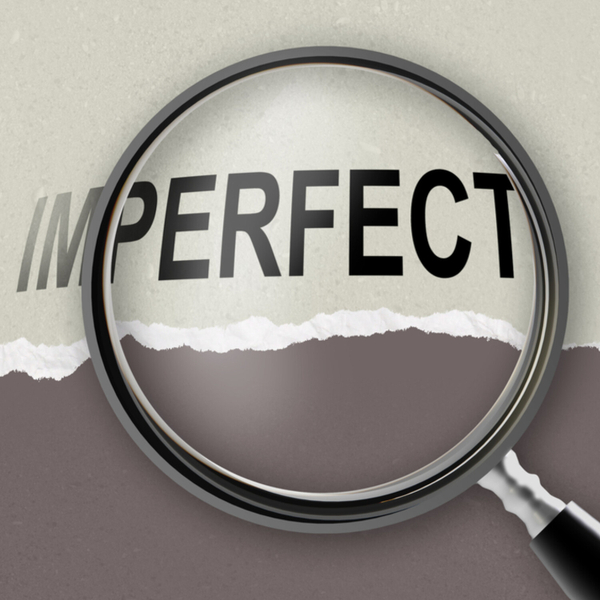 There’s more pressure than ever before to get things right in every part of your life, to be perfect. Gadgets, apps, and advice on how to be your very best all the time surround us. But that’s such an illusion. No one can be perfect; it just isn’t humanly possible.

It’s great to set the bar high, to go after challenges and stretch yourself. But you can’t expect to win at everything all the time. Sit back for a minute and consider the benefits of embracing imperfection.

Perfectionists carry a LOT of emotional baggage from trying to look as though their entire world is 110% wonderful all the time. They’re at a higher risk of depression and anxiety, and hardly ever content with what they have.

Embrace the messy, flawed parts of your life and yourself, and you’ll be happier and way less stressed.

Accepting imperfection means failure shrinks back down to being just another aspect of life. Perfectionists tend to take failure personally. It becomes a catastrophe and something that defines their sense of self. But accepting that to make mistakes is human means you see failure as an opportunity to learn, make the necessary changes, and move on.

If you’re comfortable with imperfection, you won’t be so quick to criticize and judge others. And that will make you a much nicer friend, colleague, and family member. You’ll be less likely to blow your fuse at trivial things, you’ll cut people slacker, and relationships will be calmer and more rewarding.

People who accept their flaws and quirks and are less likely to be hard on themselves when they make a mistake. Perfectionists are usually their own harshest critics; their self-esteem is fragile and easily crushed. Acknowledgement of your humanity means you’re less likely to feel guilty or ashamed when you make a mistake or don’t reach your goals as soon as you might have liked.

Imperfection is the keynote of being a human. It's how we learn and progress and connects us. That's okay, and gracefully accepting the ebbs and flows of life will make you someone peoples look up to and admire. Your kids will see that you value them more than that vase they broke. It's more important to spend time with them instead of asking if they've done their chores.