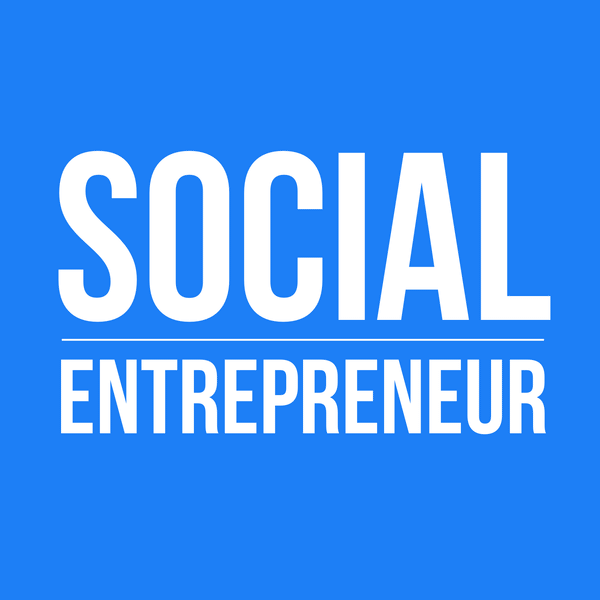 Special Announcement for this week:

Because of all of the people who have subscribed, rated and reviewed Social Entrepreneur, we are trending in the iTunes store. We are New & Noteworthy in the following categories:

As a thank you gift, I’d like to send you a special report, 5 Key Traits of Successful Social Entrepreneurs. To receive the report, you can text the word SOCENT to 44222. This only works if you are in the US or Canada. If you’re outside the US and Canada, you can still receive the report by going to http://tonyloyd.com/socent

At age 16, Tom Dawkins was not fitting in. He attended an academically selective high school and was not performing well when compared to his peers. He scored 179 out of 180 students in math. He was being bullied at school and he was arguing with his parents.

One day when he had been sent into the hallway for talking in class, he noticed a mud-stained brochure on the floor. Out of sheer boredom, he reached down and picked it up. The brochure was for a student exchange program to America. He ended up going to Spokane, Washington.

While in the US, he was invited to attend an event called “State of the Union of the World.” This meeting was post cold-war. Guests included Ronald Regan, Margaret Thatcher, Mikhail Gorbachev, seven Nobel Peace Prize winners, environmental leaders, authors and business leaders.

This meeting inspired Tom to set up a chapter of Junior State America in his high school in Spokane. When he returned to Australia, he realized that there was no equivalent organization, and so he and his younger sister set one up called Future Leaders of Australia. They set up events and brought in speakers. They created an equivalent organization in college.

After a while, Tom began to realize that event-driven organizations had limits, but media-driven events had fewer limits. In 2000, he launched Vibewire, a youth-led not-for-profit organization dedicated to creating opportunities for younger Australians to express themselves creatively and politically.

By 2008, Tom traveled to the US where he became the first social media director for Ashoka. It was at Ashoka that he learned about crowdfunding for social good. This led, eventually, to the establishment of StartSomeGood.

StartSomeGood is the global crowdfunding platform for social entrepreneurs, nonprofits, changemakers and social good projects. When a project appears on StartSomeGood, it is surrounded by project from likeminded social innovators. Funders who visit StartSomeGood are likely looking for social impact projects to fund.

StartSomeGood has some innovative approaches such as their “tipping point,” which allows projects to select two goals. They also have a process called CrowdMatch which allows foundations, governments and corporations to shift their grant giving and CSR initiatives into a match format.

StartSomeGood pairs each project with a customer support person, providing a high level of personal touch.

What are the results? 53% of the projects on StartSomeGood reach their goal, compared with 39% on Kickstarter and 9% on Indiegogo.