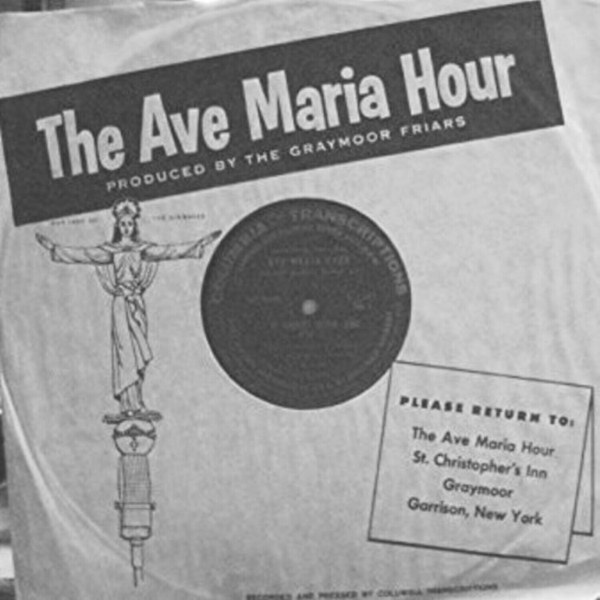 Created by Vatican In Exile • 89 episodes

The Ave Maria Hour first aired on April 26, 1935, on radio station WOR. It was presented by the Franciscan Friars of the Atonement to help the humanitarian work of St. Christopher’s Inn, and during that first show, Servant of God Father Paul of Graymoor talked about the charity involved in caring for the men of the Inn. In 1937, it was estimated that nearly 1 million listeners were tuning in each week, which resulted in large pilgrimages coming to Graymoor.

The popular Ave Maria Hour continued until 1969, encouraging and entertaining listeners. It was heard on more than 350 stations as well as on the Armed Forces Radio Service. Recorded in a studio in New York City and on the grounds of Graymoor, these dramatizations of the lives of the saints, stories from the Gospel, and inspiring accounts of faith received many awards for religious radio programs sponsored by the American Exhibition of Educational Radio and Television programs of Ohio State University. It received the Golden Bell Award in 1959, presented by Ed Sullivan on live television.

We want to express our deepest thanks for any donation you can give to Vatican In Exile. Generous gifts from donors like you will provide the financial and and moral support needed to continue the work and ministry of the Church.