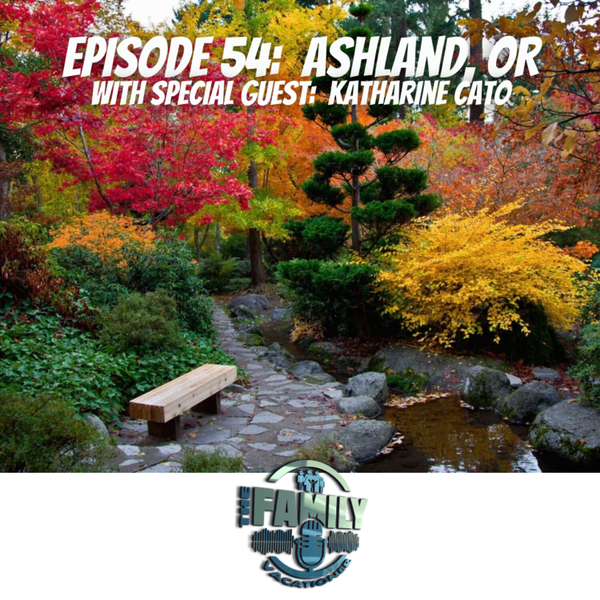 So as we were looking across the country for places feature for this small town series, Ashland kept coming up on list after list of small towns. In fact, one of the lists was places you must see in 2021. So what do you feel are some of the reasons that families would want to spend time in Ashland. Well, we've certainly been welcoming a lot of families, even of the past couple of years, you've been seeing a lot more families, a lot more bikes on cars.

Most of all I'd say of Ashland is the sense of place Ashland is in Oregon right over the California border and it's located about halfway between Portland and San Francisco. That said, we're right at the convergence of two mountain ranges. So you've got the cascade volcanic range and you've got one of the few east eastern western Siskiyou mountain ranges. So right at that convergence creates so much biodiversity of what we can grow here. But also the weather, those four seasons that the colors of the fall, the fun of the winter and families really are attracted to the fact that Actions are pretty welcoming town.

We're about a town of 20,000 and but we have this, this cultural backbone that really has um Has really fostered over 100 restaurants. We have over about 350,000 votes that visit us every year. So because of that, we have these great amenities and really, I think it's the most part is Ashley is really a jumping-off point for an adventure in our region. Okay, you mentioned something I want to talk a little bit further about. So when we're talking about the seasons, can you talk a little bit about how the personality of Ashland changes in each season?

Sure, visually, if you can, if you can think about when the weather starts turning, you got the fall, you've got the crisp colors, a lot of great foliage here. Clear blue skies, cool nights. Then we move into the holidays and the beginning of winter that first snow Ashland's about 2000 ft in elevation and we sit right at the base of an amazing watershed and at the top of the watershed is Mount Ashland. So that brings us to winter with the wintertime, we had a significant snowfall um and really that exploration for trails spring is beautiful here with colors.

We have a lot of different great events as well, but we um the pacific crest trail, you can even take a little day hike, Mount Ashland is a great jumping-off point and even in the summertime, you know, we're just a short drive away from crater Lake National Park. So coming back to that base camp concept, there's really a lot, a lot to do here, not only for the kids but also for the parents.

For more, listen to Episode 54 with Rob, Danny, and special guest, Katharine Cato.