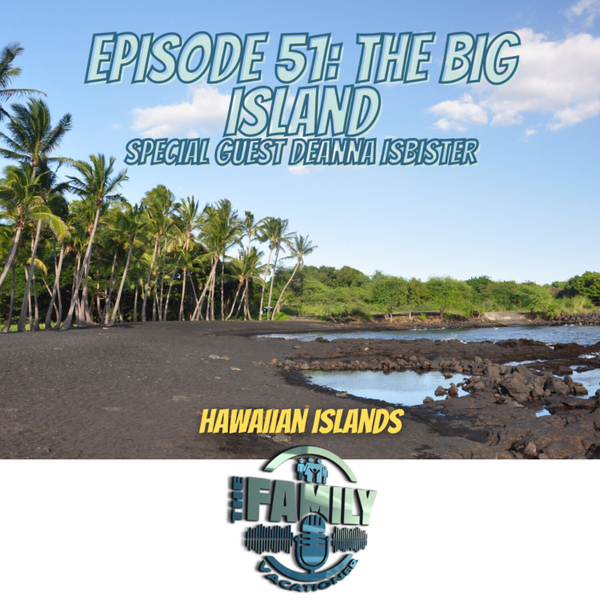 So, Deanna, we've been talking a lot in this series about the personalities of the different Hawaiian islands. How would you describe the personality of the big island of Hawaii there? You're absolutely right. So because each island is so different, it does have its own qualities for us. Everybody is just so unique and you know, the one word that we relate to as the kind of the essence of our island is inspiring.

So that's how we want all our guests to feel while they're here after they leave. And it's all about getting outdoors, getting out, just driving, just exploring, just to experience all the different kinds of climate zones here on the island, because you're literally, you can be laying at the beach in the morning and you can look behind you and you can probably see snow at the right time up at monarchy or you can be hiking in the morning and the rainforest and later in the afternoon you might be snorkeling.

So a lot of people don't realize how large the island is we have over 4000 square miles. And uh, so this is lots to do. It's about going out there and driving and exploring these days, especially, I'm curious how do locals refer to the island, do they call it the big island, or they just simply say Hawaii? So our true island name is Hawaii. So you have like Maui, Hawaii Molokai, Oahu for us, our true island name is Hawaii, but our nickname is the big island of course to everyone.

So you know, growing up I would hear and I would use the big island as many locals do, but you know, there's been so much, you know, many years now, so much pride in kind of being immersed back into the Hawaiian culture, the language, you know, our charter schools for the kids nowadays more Hawaii ana and you know, you just feel these days that everybody is more referencing our island as the island of Hawaii or Hawaii Island. And personally, Hawaii Island kind of feels natural for me now.

So yeah, yeah, you know, this is a little extra question because I'm a language nerd. Um, you were mentioning schools, how, how uh, common is the actual Hawaiian language, there is it regularly spoken or taught in schools there, you know, it varies. I originally was born on Oahu and I did go to the commandment, which you know, fully is uh and language was offered their Hawaiian language. I think, you know, eventually, over the years there may have been less of it going on in the schools, but it has made to come back, you know, it's kind of like rejuvenating, you know the okay, well you know the kids now, they play it in a different way, you know, they make it fun, they kind of adapt songs that people are used to.

So it's good to research that and same with the wine language, wine culture, it's, you know, people more want to be immersed in it, they want to do more cultural activities, they attend more cultural festivals. But as far as in the schools, I do see it offered more than ever. And also um you know the desire to go back and learn more of the, you know the cultural part of everything. Well, you know obviously what families might want to do and see depends on the ages of the children, their family, travel styles and things like that.

For more, listen to Episode 53 of The Family Vacationer!