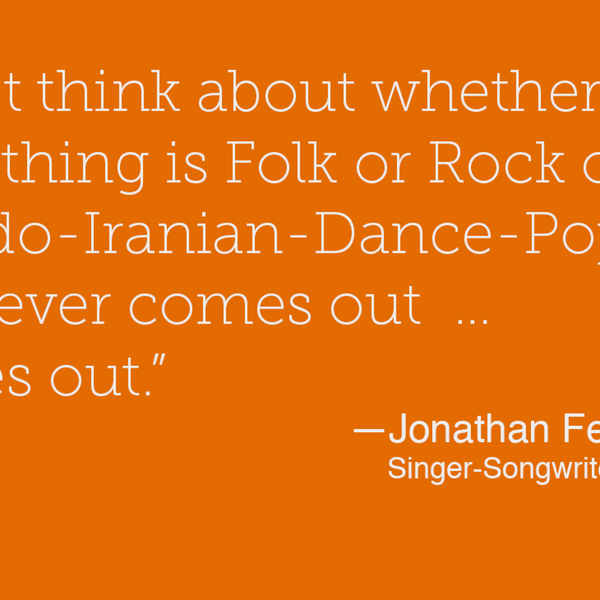 The Spark & The Art

TheSparkAndTheArt.com/4 - Jonathan Ferguson is a Singer-Songwriter from Calgary who works with me at my day job. We talk about songwriting, Jonathan’s passion for the Beatles and Nirvana.

Here are three Jonathan Ferguson quotes I like from the Interview:

- “The Beatles may have made some people more globally conscious but it
wasn’t a song that they made or an album they made … It was the
Beatles themselves.”

- “I don’t think about whether something is Folk or Rock or
Pseudo-Iranian-Dance-Pop. Whatever comes out  … comes out.”

The Spark & The Art

The Spark & The Art Creativity Podcast ran for 155 episodes and talked about the creative life: Interviews with writers, musicians, filmmakers and more.

The show is on permanent hiatus but I still talk about creativity obsessively and you can find me at: