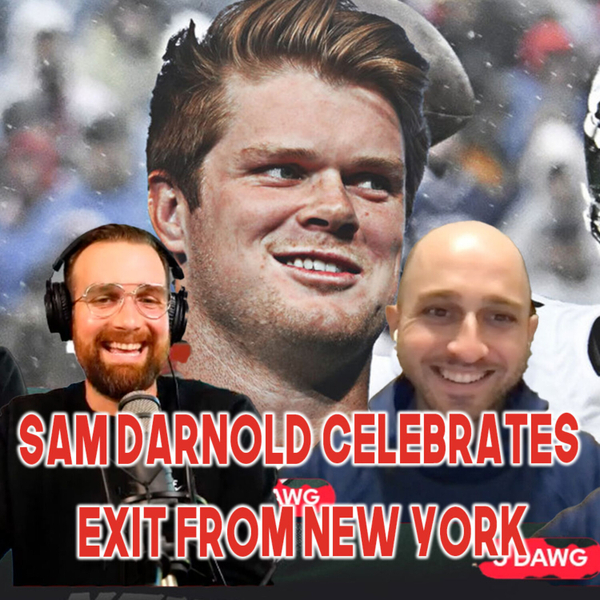 A QB normally celebrates when he’s drafted or when he signs a fat free agent contract but the guys are breaking down the party Sam Darnold had when he found out he was done with the Jets. And J Dawg reveals the secret weapon for the Panthers that will lead to Darnold’s success.

A game of ‘BS or Believe’ reveals the Patriots QB plans for the NFL Draft, only 3 weeks away! And if Kevin Durant deserves to be fined for comments made towards crying, failed actor Michael Rapaport.

You made it this far so 2 sleepers to make money on: Cameron Smith and Scottie Scheffler, both at 40/1.

Thanks for downloading The Sports Hangover podcast!

The Dirty Side Of Sports.