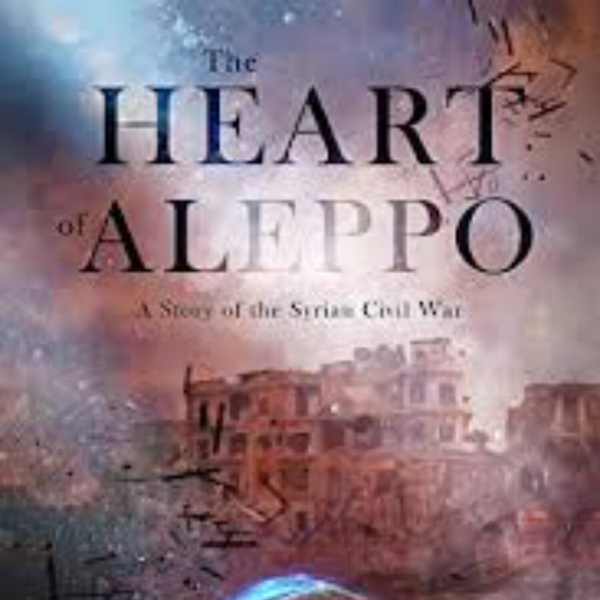 AMMAR HABIB, an award-winning and bestselling author from Texas, joined us to discuss all of his books, including his newest release, "The Heart of Aleppo."

From His Website: "Ammar was born in Lake Jackson, Texas in 1993. His mother and father are originally from Pakistan, but moved to Tennessee in the mid-1980s and to Texas in 1990. Writing has always been a passion of Ammars since he was in elementary school.

While attending Brazoswood High School, he had the opportunity to take Creative Writing in his junior and senior year (2009-2011) and was able to greatly improve his writing skills.

It has always been a dream of Ammar's to become a successful author and he is very excited about seeing that dream come true. Ammar enjoys crafting stories that are not only entertaining, but also have something useful to say to the reader.

Ammar’s debut novel, Dark Guardian, was released in August, 2014. Ammar was 21-years-old at the time of its publication. Dark Guardian was a superhero/action novel. The book was met with a very successful release and was one of the publisher’s most successful titles in 2014.

The novel was also very highly praised by readers. It will be the first installment of a series. The second and third installments of the series, Dark Guardian: A New Dawn & Dark Guardian: Legends, were released in February 2017 and November 2017 respectively.

His second novel, Memories Of My Future, was released to tremendous success in July 2016, making several bestseller lists. It is co-written by a well-known surgeon from the Greater Houston Area, Dr. Anil Sinha. Memories Of My Future is a historical/inspirational novel. The historical parts of the novel are all based on real historical events. The book was the winner of the Independent Press Award in the category of Best Work of Inspirational Fiction.

This novel was met with an incredible reception."