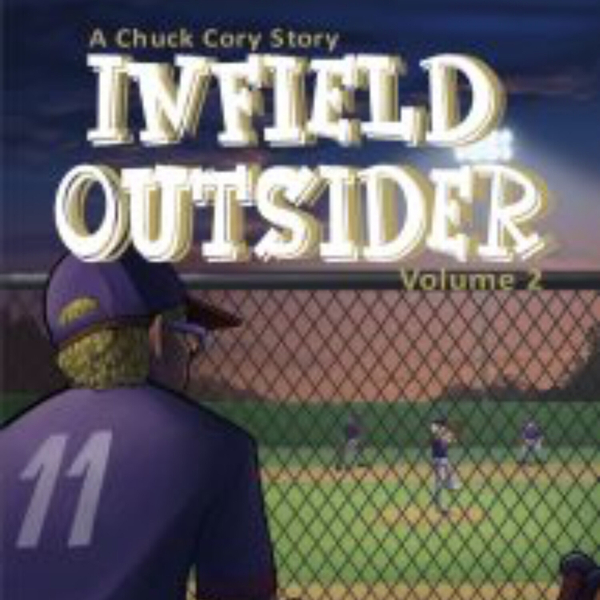 D.L. SLOAT, an author from Massachusetts, and published by Zimbell House Publishing, will join us today for Part 1 of his interview to discuss his "Chuck Cory" series, including his upcoming release, "Infield, Outsider".

"D. L. Sloat and his family reside in Massachusetts. He works in public education and writes middle-grade and young adult fiction in his spare time. D. L.’s first book in the Chuck Cory trilogy, Hardwood Hacker, is a basketball story about friendship, bullying, and overcoming challenges. Infield Outsider is a baseball story that explores loyalty and open-mindedness. Real Keeper (Fall 2020) focuses on activism and first love.

D. L. holds a special place in his heart for reluctant readers. He dedicates the series to his youngest son who, much like Chuck, can usually be found kicking or throwing his sports balls outside and inside the house.

"While exploring neighborhoods on his new bike, thirteen-year-old Chuck Cory happens upon an awkward boy who desperately wants to join the freshman baseball team. Chuck recognizes that Louis Vale's dreams are unrealistic, but feels obligated to train him anyway. As their friendship grows, Chuck discovers that Louis is ignoring his true talent. When Louis' artwork is stolen in plain sight during a fundraiser for Chuck's baseball team, followed by the disappearance of thousands of dollars, Chuck replaces his baseball cap for a thinking cap and quickly concludes it is an inside job. Eventually, the Dragons make it to their August tournament, but their regional dominance is immediately tested, as they face bigger and more experienced teams from across the country. When two players are suddenly expelled from the park, now a single injury would also send the rest of the team home early. With their hopes dimming faster than a solar eclipse, will Chuck and his teammates be able to shine like the superstars they had been during their regular season?”