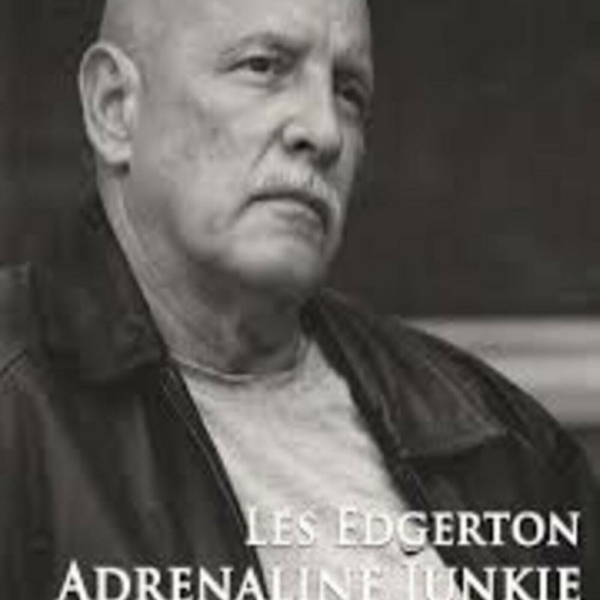 LES EDGERTON, a highly successful, prolific, and award-winning author, and college professor on the writing process, joined us to discuss his newest release, "Adrenaline Junkie", his memoir, as well as some of his other books, and his intensive writing classes.

Edgerton's fiction has been nominated for the Pushcart Prize, O. Henry Award, Edgar Allan Poe Award (short story category), Jesse Jones Award, PEN/Faulkner Award, the Derringer Award, and the Violet Crown Book Award. One of his screenplays was a semifinalist for the Don and Gee Nicholl Fellowships in Screenwriting Program, a finalist in the Austin Film Festival Heart of Film Screenplay Competition, and a finalist in the Writer's Guild's "Best American Screenplays" Competition. His short fiction has appeared in Houghton Mifflin's Best American Mysteries of 2001, "The South Carolina Review", Kansas Quarterly, Arkansas Review, North Atlantic Review, "High Plains Literary Review", Chiron Review, Murdaland, and many others. His thriller, "The Bitch" was named the Best Thriller of 2011 by Preditors & Editors, and was nominated for Best Thriller of 2011 by Spinetingler Magazine (Legends category)."