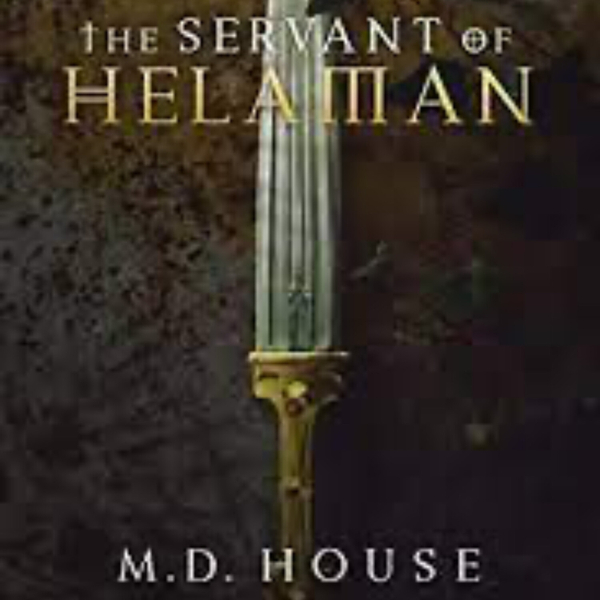 M.D. HOUSE, an author from Utah, joined us to discuss his latest release, "The Servant of Helaman". We also discussed the Bible, Christianity, the state of the world, the End Times, and his three previous books, "The Barabbas Legacy", the final book in his three-part series on Barabbas, which also includes "Pillars of Barabbas" and, "I Was Called Barabbas", which discusses imagining the life Barabbas went on to live after being spared his sentence of death in exchange for the life of Jesus.

"Thanks for showing some interest in my bio - hopefully my writing and speaking are far more interesting. I enjoyed a successful "first" career in the mysterious world of Corporate Finance, but creating and telling stories (and not about Finance) was my true love. My first full-length novel was the product of several years of very early mornings before work. It was a sci-fi work called Patriot Star, a hefty 800-page tome.

​My second novel, I Was Called Barabbas, had a very different genesis, growing as a list of scenes written at various times over several years and then finally organized into a coherent whole. Few efforts were made to utilize a mainline publisher for Barabbas, and it was ultimately published on Amazon in paperback and ebook formats using some design and editing talent from reedsy.com (from Lance Buckley and Robin Patchen). The audiobook version was soon added, voiced beautifully by Jim Cooper. One book turned into two (Pillars of Barabbas) and then a capstone to a trilogy (The Barabbas Legacy), which has been a wonderful and unexpected journey.

I've raised two children with my very patient wife, and we have two grandchildren. I knew it would be fun to have grandkids, but it's even better than I expected.

​I also enjoy watching and playing sports, which is good, because it means I'm not sitting all the time … and politics, which is probably bad. Politics are fascinating and painful, and they permeate more aspects of our lives than we could possibly ever realize. Human nature is what it is, and it hasn't fundamentally changed for thousands of years. Real life is at least as strange as fiction, which is why historical fiction is so interesting to research and write.

Writing is my second career, and I have a lot of stories rumbling around in my head waiting to get out. Sequels to Patriot Star are coming, as well as spin-offs to Barabbas. Several other projects, including The Barabbas Companion (a study guide) and a Christmas story, are also underway."