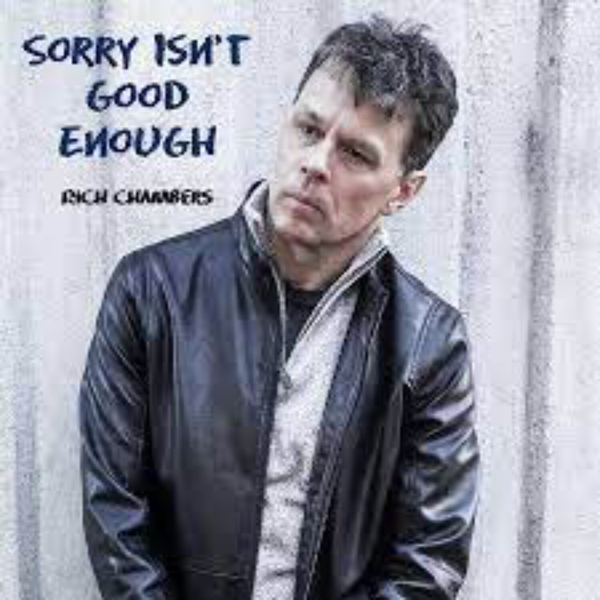 RICH CHAMBERS, a "clean-cut, respectful, average, law abiding middle-aged Canadian", from Vancouver, Canada, who also writes, records, and produces rock music, joined to tell us about his career, his songs, the challenges in music/radio, and his future plans.

"From humble and modest beginnings to redefining 60s and classic rock, Rich Chambers’ musical story is not unlike that of countless other musicians, or anyone in any career for that matter. Discovering a passion for the guitar at age 10, and an even greater passion for songwriting at 14, he embarked on a life-long commitment to music and songwriting. Like any successful individual, he is all about commitment, dedication, hard work, maintaining perspective, and believing in himself.

​Chambers’ journey has not been without its bumps though. After completing high school, he was so sure he would be the next big thing, until countless nights playing in many cheesy dives, for at best a round or two of cheap draught beer, taught him otherwise. It was then he made an important, life-changing decision—he went back to school, which eventually led to a bachelor’s degree in English and later a master’s degree in Humanities. As Chambers so enthusiastically always says, “education rocks!”

Along the way, Chambers’ rock n’ roll journey always kept moving. As a solo artist, and previously with his band Half-Hour Late, he released numerous albums and singles. His most successful song to date, has been his cover of "Snow Miser vs. Heat Miser" from his first album, ‘Santa’s Rockin’ Band,’ which was released soon after his first university graduation in the days before Spotify and on-line music sales and streaming. Once iTunes hit, and later Spotify, “Snow Miser vs. Heat Miser” began to really resonate with people and rise in popularity. It has since been downloaded over 18,000 times in the last ten years and streamed approximately 900,000 times in the past three. The song became the cornerstone of his 2020 ‘Santa’s Rockin’ Band’ album reboot, which also included a newly penned original, “It’s Christmas Time (All Over the World),” which went on to attain over 250,000 streams on Spotify alone in the last two months of 2020."