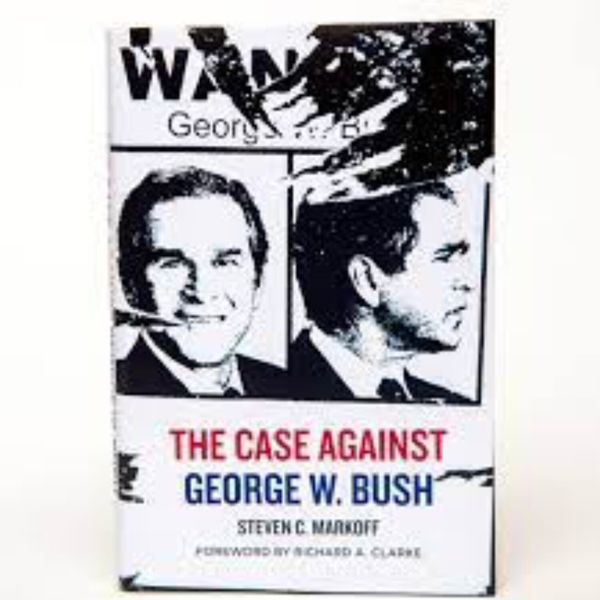 STEVE MARKOFF, an author from California, joined us to discuss his latest release, "The Case Against George W. Bush", in which he considers three areas in which the former president acted with criminal intent, including with regard to 9-11, the Iraq War, and the torturing of prisoners.

FROM HIS AMAZON PAGE:

"The Case Against George W. Bush chronicles the presidency of George W. Bush through almost 600 quotes from over ninety authors, including former British Prime Minister Tony Blair, former President George W. Bush, former Vice President Dick Cheney, former Secretary of Defense Donald Rumsfeld, and writers and journalists such as Steve Coll, Frank Rich, Craig Unger, and Bob Woodward. Steven C. Markoff presents sourced evidence of three crimes committed by George W. Bush during his presidency: his failure to take warnings of coming terror attacks on our country seriously; taking the United States, by deception, into an unnecessary and disastrous 2003 war with Iraq; costing the lives of more than 4,000 Americans and 500,000 others; and breaking domestic and international laws by approving the torture as means to extract information."