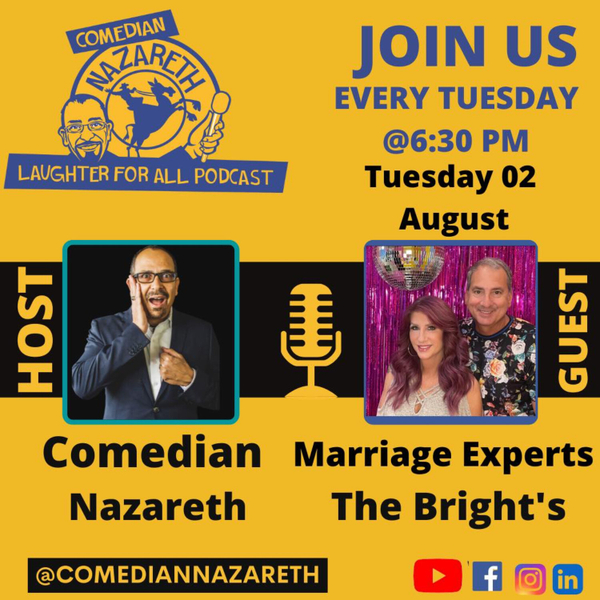 Laughter for All Podcast with Comedian Nazareth

relationship tools & a passion for marriages

Laughter for All Podcast with Comedian Nazareth

The Laughter for All Podcast is for people who appreciate funny clean comedy. It’s for those who want some Good Medicine, encouragement and inspiration.

You will Laugh, be Entertained and Encouraged

Each Monday, Join Comedian Nazareth as he welcomes Comedians, Artists, Musicians, Pastors, Leaders and other interesting people to entertain and encourage you. https://www.nazarethusa.com/ 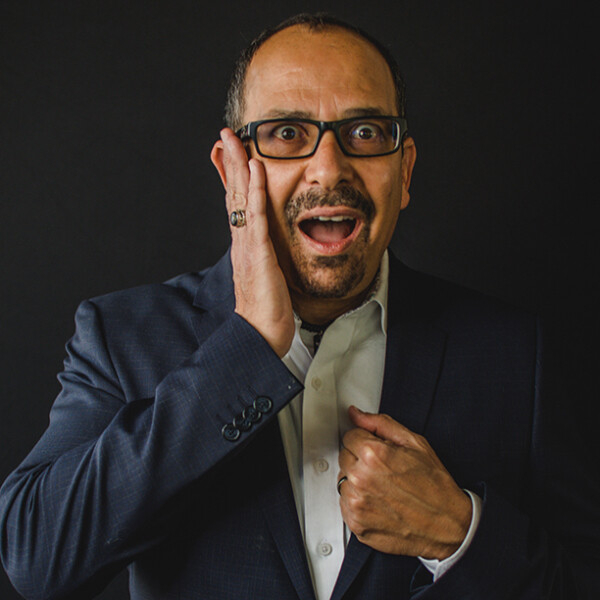 Nazareth – yes, that's his real name – was born the youngest of three brothers in Jesus' hometown.

After years in Hollywood sharing the stage with comedians like Chris Rock, Adam Sandler and Kevin James and a promised Sitcom, Nazareth decides to accept the claims of Jesus Christ and leaves Hollywood to use his comedy for the Kingdom.

The New York Times reported about one of his performances saying, “The show had the audience convulsing.”

He is proud to be American. But most of all, comedy opens even the toughest audiences to hear the Good News that transformed his life. The 300-member Christian Comedy Association voted him its president for few years.

A Comedian by profession but an Evangelist at heart, Nazareth witnessed thousands of First-Time commitments to Christ following the invitation he offers towards the end of his comedy shows. His Laughter for All Outreaches at stadiums and arenas around the Country has brought laughter, Encouragement and Hope to Under-resourced people in hurting communities around the US.

Nazareth has helped raise hundreds of thousands of dollars for Crisis Pregnancy Centers and other non-profit organizations around the United States. He takes pride in the opportunity he has in bringing relief to our men and women in the Armed Forces in the U.S. and Germany. One of the roles that he takes great Joy in is being a director for a ministry that supports Christians in the Gaza Strip.

Added to that joy, is his role as co-founder of a ministry that reaches out to thousands of refugees fleeing Iraq, Syria, Afghanistan and Iran to find refuge in Southern California.

Nazareth is also an author. He wrote several books. One is called: “You’re So Funny Daddy – Learning How To Communicate With Your Children Using Humor.” Where he encourages parents to use humor instead of stress at home. He gives the reader over 50 ideas of how to bring laughter and joy into the home.

His latest book is called: “Hope In 24 Hours – Your Situation Can Change For The Better.”

Nazareth has a weekly Podcast called: “Laughter for All Podcast” as well as a Nightly show on Facebook called: “Live with Naz – Quarantining in Corona” where he encourages the audience to become the comedians.

Though he has the title of an award-winning comedian, his greatest credit is having the role as husband and father. Nazareth has been happily wed to his bride for over 24 years and is a father of 3 children. They reside in Southern California.